namespace - place where names live in. Python creates, changes, or looks up name in a namespace (name here can be variables’ name, functions’ name… etc).

so, namespace is a box contains names. Scope defines which box you can see from parts of the program (that’s why name’s visibility). It defines where you could use a name without using any prefix.

In Python, almost everything related to names, including scope, happens at assignment time. Python uses the location of the assigment of a name to associate it with (bind it to) a particular namespace. That is, the place of name assigment determines the namespace it will live in and its scope of visibility.

Besides packaging code for reuse, functions add an extra namespace layer to minimize the potential for collisions among variables of the same name - by default, all names assigned inside a function are associated with that function’s namespace, and no other.

This is lexical scoping because variable scopes are determined entirely by the locations of the variables.

Any type of assignment within a function classifies a name as local. This includes = statements, module names in import, function names in def, function argument names, and so on.

in-place changes to objects do not classify names as locals; only actual name assignments do.
For instance, if the name L is assigned to a list at the top level of a module, a statement L = X within a function will classify L as a local, but L.append(X) will not. In the latter case, we are changing the list object that L references, not L itself - L is found in the global scope as usual, and Python happily modifies it without requiring a global (or nonlocal) declaration.
Distinction between names and objects: changing an object is not an assignment to a name. 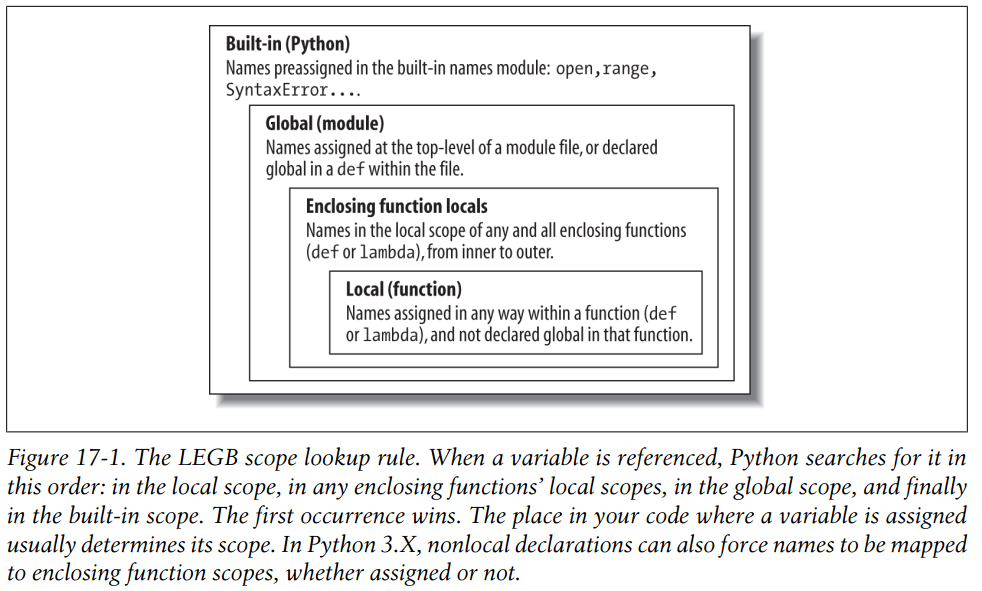 The name __builtins__ (with the s) is preset in most global scopes, including the interactive session, to reference the module known as builtins in 3.X and __builtin__ in 2.X 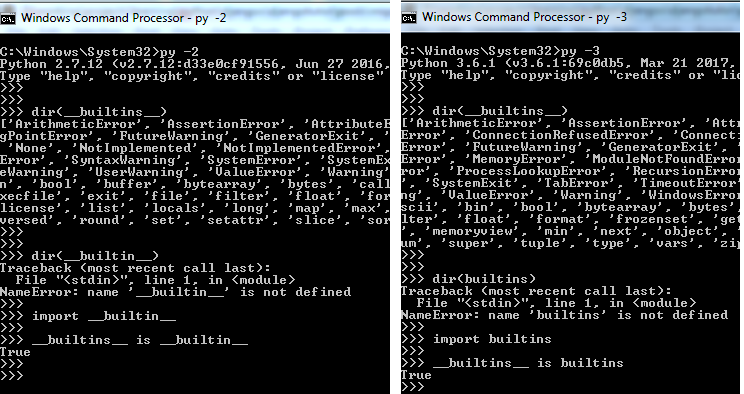 Concern with this only when do assingments not references, references are simple follow LEGB rule. 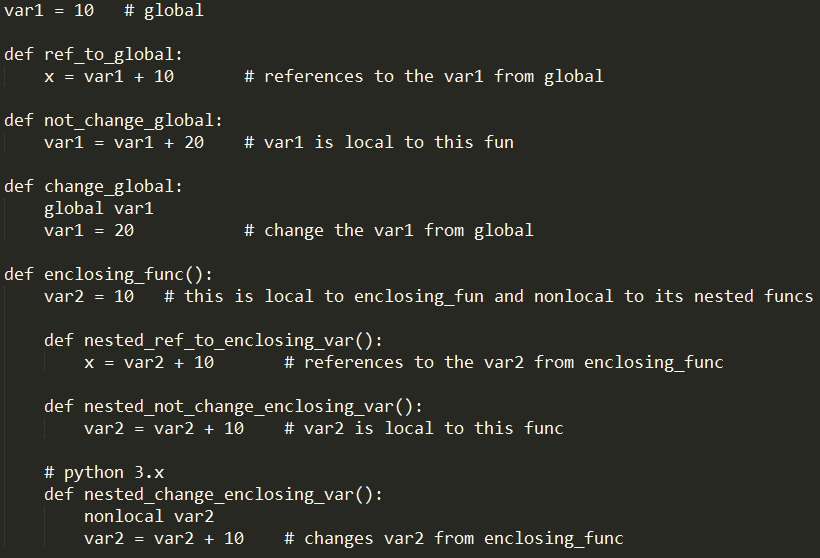 Closure is functional programming technique in which nested function remember variables from its enclosing functions or environment (state retention).

Arguements are passed by reference 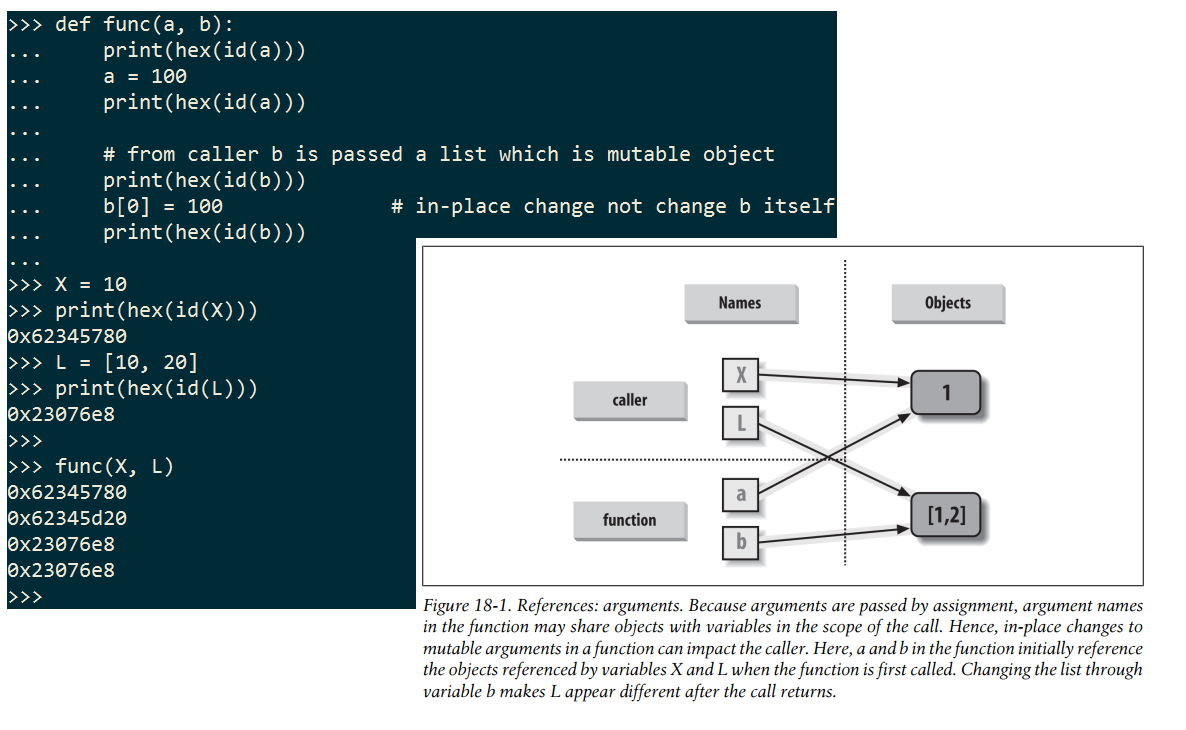